Mr. Reynolds has been developing, investing, and managing real estate for almost 30 years. While attending the University of Chicago (MA, 1981) he began managing apartment buildings for Graff and Check Real Estate located in Hyde Park.

After completing the Masters Degree and deciding that he did not wish to remain in Academia, Mark worked for a variety of real estate management and development companies managing projects and properties as diverse as suburban garden condominium projects, the construction of strip malls, the renovation of office buildings and management of down-town high-rise apartment buildings. In the late 1980’s he started Park Management Company which primarily purchased, renovated and managed apartment buildings on the Northeast side of Chicago. Park’s last project was the Edgewater Shores Apartments– a 70 unit independent living Senior’s building financed, in part, with Low Income Housing Tax Credits.

Subsequently Mr. Reynolds developed and managed a number of niche commercial properties including a building dedicated to rehearsal spaces for Rock bands and a west-side commercial condo conversion. During this period Reynolds primarily invested for his own account.

After the 2008 real estate crash Mr. Reynolds re-located to the south suburbs with his wife and two children and founded Blackhall Corporation. He began to look for new niche opportunities and to pursue those opportunities. The current condominium opportunities are one of several such projects he is currently pursuing. 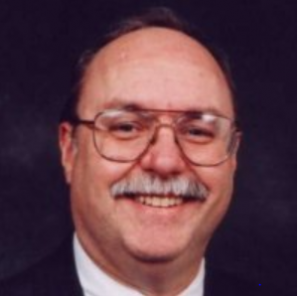 Mr. Hollander is a pioneer in EDP auditing and use of computers for accounting. Ted, as he is known by his friends, holds C.P.A., CISA, CIA, CBA and CFSA certificates and is a skilled developer, user and instructor of computer audit and accounting application software. His career includes vast amounts of experience relating to accounting systems: accounting and auditing, management, sales, and technical data processing. He is highly skilled in the use of hardware and software for many environments ranging from main frames to personal computers. His high level of computer proficiency is rare among businessmen and accounting professionals. For more information check out the website http://www.complusgrp.com/compage01.htm

After earning his B.S. degree in Industrial Administration from Iowa State University in 1963 and serving for two years as an officer in the U. S. Army, Mr. Hollander worked for more than five years for Arthur Andersen & Co. as an auditor and consultant. He served in a primary system support role for their AUDEX audit software during its first full year of field use.

He is a charter member and past president of the Southside Chapter of the Illinois CPA Society.

Ted is also President of Complus, Inc. which provides financial analysis and management services on a contract basis to companies that are “too large for the owner to run with just a checkbook and too small to have a full time in-house controller.”

Mr. Hollander is the escrow agent for these transactions. He receives the monthly Land Contract payments from the Land Contract buyers and makes the distributions to the Investors. He also holds and manages the reserve accounts (discussed further below). Neither Reynolds nor Blackhall has the ability to re-direct these payments nor access to the funds.

Mr. Hollander is not a principal of Blackhall nor does he currently have any joint investments with Blackhall Corporation or its related entities. His duties as escrow agent are fee-based.